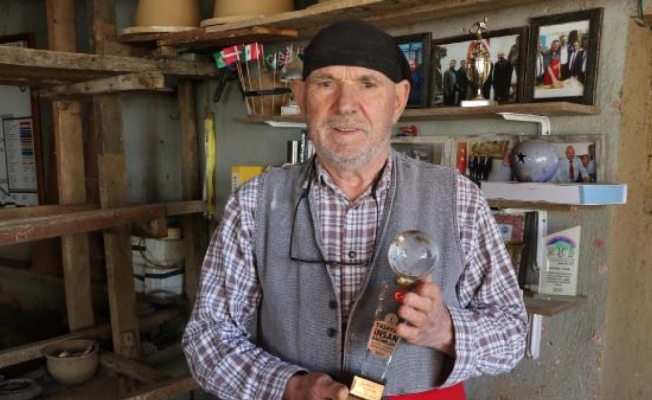 Salim Yasar (80), who devoted 67 years of his life to pottery in Bilecik, was awarded the 'Living Human Treasures Representatives of the Heritage Transferred to the Future' award. Pottery master Salim received his award from President Recep Tayyip Erdogan.

Living in Kinik village of Pazaryeri district, Salim Yasar has been continuing the pottery profession for 67 years, which he learned at the workshop his father founded in 1946. Yasar, who gives training to those who want to learn pottery in his workshop, also takes part in various fairs every year. Stating that the products he made from mud were now replaced by plastic products and that no apprentices were trained in the pottery profession, Yasar said that he was saddened by this.

Explaining that he started his career at the age of 13 in his father's workshop, Yasar said, “I worked as a potter in Germany for 15 years. I went to Vietnam in 1992. I taught this job also in Vietnam for 5 years. I returned to my village in 1998 and still continue the profession here. We were making pickles, and water jars in the 1970s. Additionally, we were making water jugs and pitchers. We made pots in the 1980s. Plastic entered our country in 1984, there was a regression in our profession. There were 80 workshops in this village in 2000. Every house had a workshop in its courtyard and garden. Currently, there are 30 working workshops. 12-13 of these workshops still produce products by hand, while the others produce by mold and press.”

RECEIVED THE AWARD FROM PRESIDENT ERDOGAN

While Salim Yasar became a national artist in pottery mastery, which he devoted 67 years of his 80-year life, he was among the 'Living Human Treasures Representatives of the Heritage Transferred to the Future'. Attending the ceremony held at Bestepe National Congress and Culture Center, Yasar received his award from President Recep Tayyip Erdogan. Stating that he is very happy and proud Yasar said, “President Erdogan made a decision and awarded us with this. I told Mr. President that I received this award on my own behalf, and on behalf of the potters in the village of Kinik. He was also pleased. I am very happy and proud. I am especially proud of on behalf of my village. This is an award given over 67 years. I have received many awards, but this one has a special place.”

-Working at the workshop

-Other details from the workshop

-Salam Yasar with the award 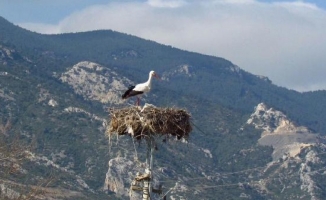 Storks came to Aydin for the first time in January 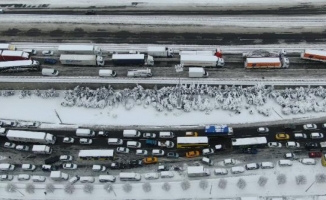 Snowy night in Istanbul: Cars stranded on the roads 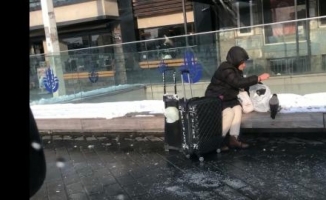 Shared her breakfast with crow 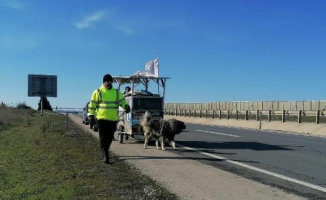